skip to main | skip to sidebar

So October is gearing up to be one of those months at the LHS that is ridiculously busy. But it's in a good way.

We have a lot of the normal stuff going on---planning for a new exhibit, hopefully beginning the steps to get some new lighting, planning a holiday open house, and more. You know, the normal stuff.

But we also have a bunch of really exciting programs that will take place this month.

We'll start off the month's programming this Saturday with a collaboration with Venus Theatre. Venus Theatre is a small theatre in Laurel that is dedicated to setting flight to the voices of women and children. They have professional playwrights submit plays to them and all of their actors are professionals. A really cool gem in Laurel. What, you may ask, are we doing with them?

Well, we have collaborated with the 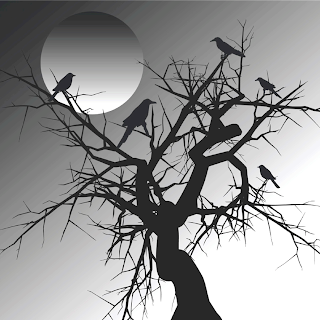 m to put together "Laurel: A Haunted History". It's a candlelight walking tour around Laurel. You see, one of the people at Venus has a background in giving Haunted Walking Tours in places like Gettysburg and NY City. So we worked with him using material from the Laurel Museum's collection to develop a haunted walking tour for Laurel. As far as we know, it's the first time this has ever been done. And we're really excited about it!

So if you're interested in a night of fun in Laurel, sign up.
Here's the link: https://www.ovationtix.com/trs/pe/8442425


But if you can't come Oct 2, don't worry. Venus Theatre is running the tour every Saturday in October. So come another day to be scared!


We quickly follow up our Oct 2 ghost walk tour with something quite different. On October 4, Mike Boivin will be giving a lecture for the LHS titled "Researching Immigrants Through the Port of Baltimore". Mike is the leader of our Genealogy Group, a group that meets monthly to discuss topics related to genealogy and help one another in their research. This group has been quite active and began about a year ago following a lot of interest in the genealogy programs we offered then.

Mike's talk is not only done as part of the LHS's regular programming, but it is done in collaboration with "Between Fences". "Between Fences" is a traveling exhibit put together by the Smithsonian for small museums throughout the country to show and build upon. This fall it is being shown at Montpelier Mansion along with "Barriers and Gateways: The Immigrant Experience" a companion exhibit that the people at Montpelier put together in collaboration with BF.

When Between Fences is brought to locations throughout the country, the hope is that the locations will work collaboratively on programming to accompany it. We've done just that with Montpelier and many of our programs this fall relate to that exhibit. Mike's program on immigrants coming through the port of Baltimore is just one iteration of that collaboration.


Not too long after Mike's talk, we have another exciting collaborative program. (Who would have guessed??). On October 9 we are partnering with Laurel Mill Playhouse. Laurel Mill Playhouse is a community theater non-profit located on Laurel's Main Street. They run plays continuously throughout the year and involve people in the community in a number of exciting and refreshing ways. Like Venus Theatre, we've partnered with them before and it has always been a pleasure.

On October 9 we are working with them again to offer another of our "Have You M.E.T." Events. Museum, Eats, and Theater in Historic Laurel has been a popular evening out every time we have done it. This time we'll begin with an all-american dinner at the Laurel Museum and continue our evening at LMP to see "The American Way." An epic take of the American immigrant experience in the early 1900s, this play is done in collaboration with Montpelier's "Between Fences" as well. So in fact, we're partnering with both Laurel Mill Playhouse and Montpelier on this program!

On October 20th we'll have our normal Book Club meeting. Last month we discussed "Outcasts United" a book that was part of the One Maryland One Book initiative. This book tied directly into "Between Fences" at Montpelier too, so it was also a part of the collaborative programming as well. This month we'll be discussing a crowd favorite, "Love in the Time of Cholera." I haven't read it yet, so please, don't post any spoilers in the comments! 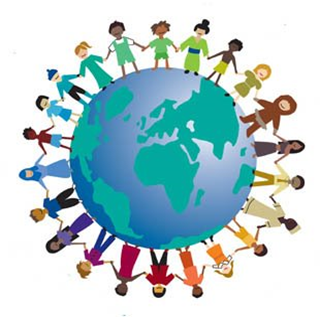 We complete the month with one of our quarterly children's programs. This month is "Harvest Some Fun at the Laurel Museum: Harvest Time Traditions from Around the World." October is always a harvest themed children's program and since we have the opportunity to tie it into "Between Fences" and the idea of immigration, we thought we'd do so.

At this event children will explore Vietnamese, English, Indian, Salvadorian, and Mexican harvest traditions. Members of Montpelier's staff will be helping us as well--making it a very collaborative event.

We hope we'll have the usual kids running around having fun and eating lots of yummy food while learning a little something too.

So, as you can tell, it's going to be a really busy month. We hope to see you around the Museum, or at the playhouse, or walking along Main Street being spooked!

Happy October!
Posted by Laurel Historical Society at 7:37 AM